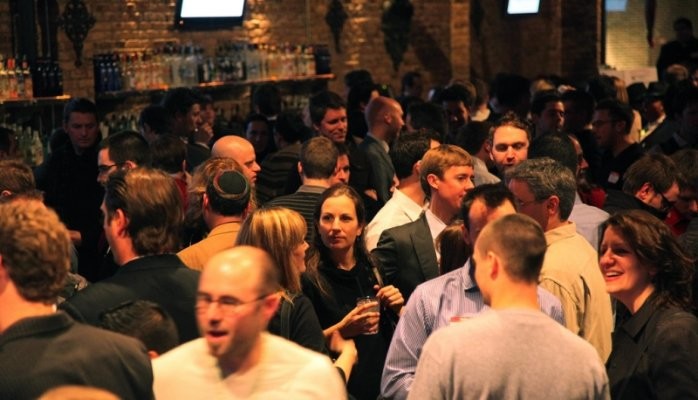 There a couple of great events in the natural foods world over the next couple of weeks. FoodBytes is coming to Boulder on Oct 26th and Naturally Boulder is holding their big annual Pitch Slam & Autumn Awards event on Oct 27th. I’m looking forward to both events.

In light of those, I thought I’d republish a post I wrote about a year ago with some steps to get the most out of networking events like these.

I used to strongly dislike networking events. There were some that I felt like I had to go to. As a result, I didn’t put the effort into preparing beforehand and ultimately didn’t maximize my time there. I didn’t get much out of them.

That all changed when I did one thing. I developed a strategy.

Now I get a lot more out of networking events and they are more enjoyable.

1) Find out who is attending beforehand and identify 3-5 people you want to talk to. If the attendee list is available ahead of time, I pick out a few people I want to talk with and ask myself why I want to talk to them. I think of questions. That offers a little more purpose and intention and also provides me with targets to find during downtimes at an event.

2) Fill the room with people you want to catch up with. I send emails to a handful of people I know who might attend and I’d like to see there about a week or two in advance. These are people I genuinely enjoy talking with but haven’t seen in a little while. I ask them if they’re going and let them know I’m looking forward to catching up either there or over coffee sometime soon. By pinging people beforehand, it sets the stage to talk with those contacts at the event. It makes the crowd feel smaller.

3) Bring a wingman. Showing up with a wingman/wingwoman eliminates any unease about not knowing anyone there. It provides someone to always come back to and chat with any time you feel lost.

4) Acknowledge that, while it may seem like everyone knows each other, they really don’t. Maybe there are outliers who know a big chunk of the room, but most attendees won’t know more than a couple of people. If you go in with that realization, you gain comfort in approaching random people. Everyone else is just like you. This helps eliminate any weirdness you may have in walking into a room full of people and not knowing anyone.

5) Use proper etiquette in approaching people at the event. If it’s clear that 2 people are in a real conversation, I generally don’t approach them and try to engage. I will sit back and wait until they finish unless I know one of them really well and he won’t mind if I join in. Barging into a conversation of two people can be a intrusive if it’s not done properly. Joining a group of 3 is usually less invasive and more appropriate. Joining a solo person is even easier. Just walk up and ask a question.

7) Try to be helpful to people you meet. If you go in with the attitude of trying to be of benefit to others, you’ll be amazed at the connections and relationships you’ll end up forming. This could involve thinking of other people to introduce someone to. It could be asking a person why they are there and seeing if you can help him/her achieve that objective. Just try to be helpful to the people you meet.

One thing I’m always amazed about at networking events is that by taking the above approach, the random, serendipitous connections are often times the ones that end up being the most meaningful or valuable.

So good luck and don’t be shy the next time you go to a networking event. Just realize that there are people at the event who are more nervous than you are.

What other cities and industries would you like to see Luke’s Circle?